To survey the pipe-resonance of sound waves, a small amount of tiny Styrofoam balls is uniformly deposited in the transparent horizontal tube initially. And then related wave patterns of specific frequency, emitted from the loud-speaker, might be generated by regulating frequency-function generator. Just for sound resonance inside half open and half-closed pipe are concerned, an incident sound wave released from the speaker will be interfered by the traveling wave reflected from the end of pipe. As both identical but opposite-sign waves collide, the resonance of standing wave, through the superposition of wave packets, will be developed out if proper frequency is well-defined by function generator. Thus the resultant graphic profile could be easily visualized by the separated group of Styrofoam balls distributed inside the pipe. That will also lead the user to understand the characteristic of standing wave such as the accessed wavelength, fluctuated amplitude corresponding to individual resonance frequency.

- Observe the sound standing wave in a resonance tube. And determine the nodes and antinodes.

- Detemine the wavelength from the nodes and antinodes. Then calculate the traveling velocity of sound wave

- Investigate the difference of resonance between open and closed pipe

With both-closed end, wavelength is expressed by:

With one opened end and one-closed end:

Sound velocity  C in air is expressed by: 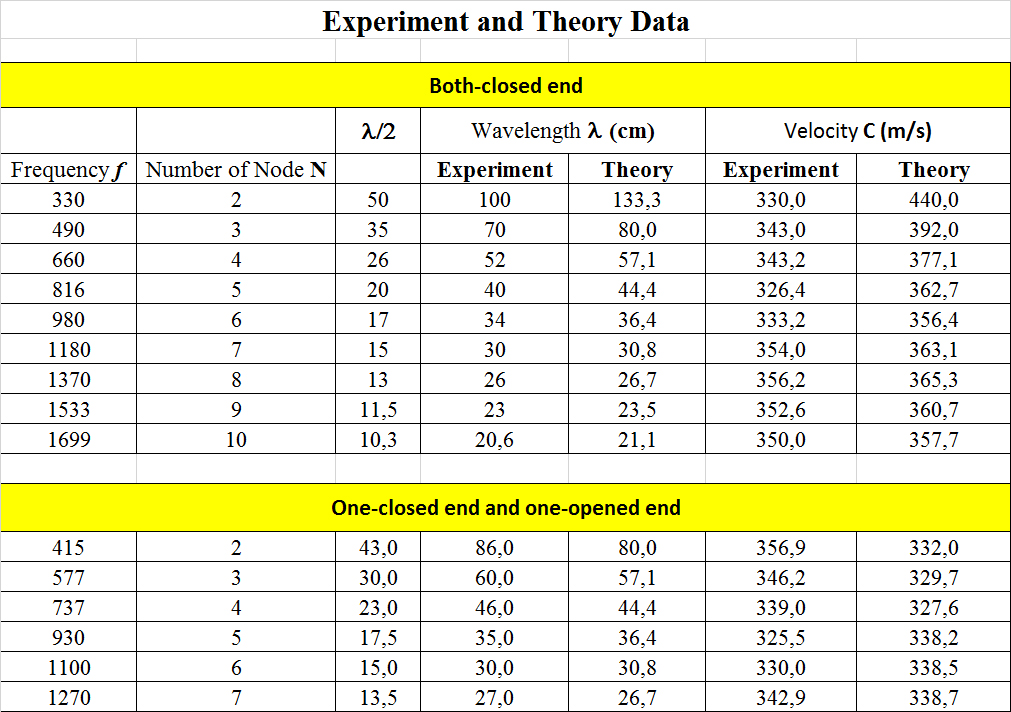 Plot and comparing with theory: 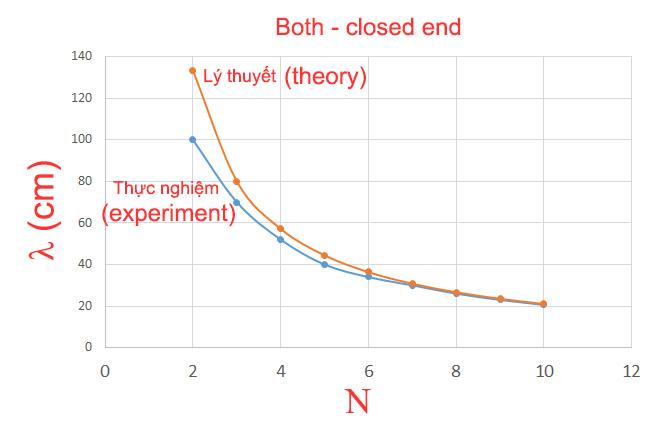 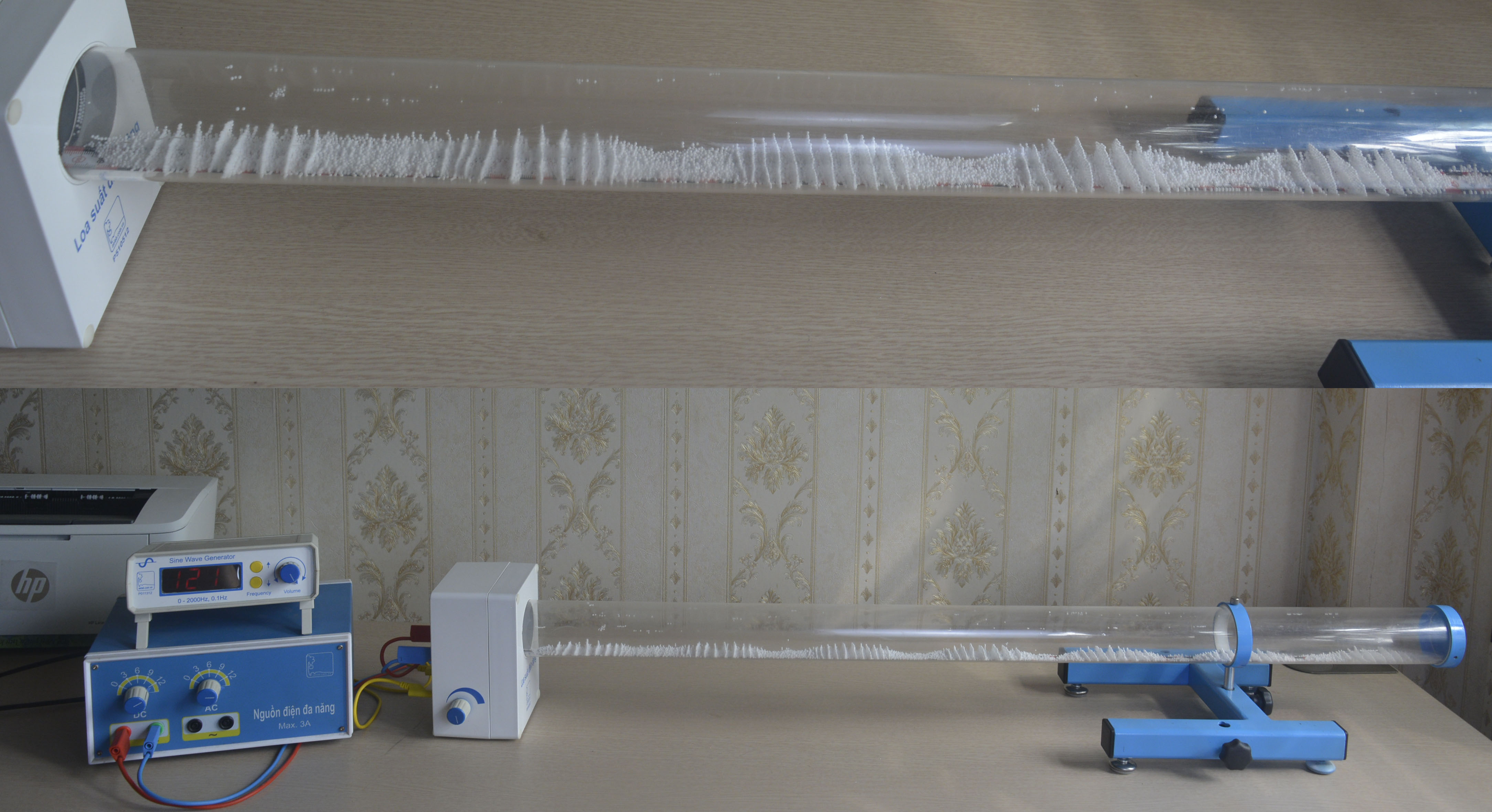 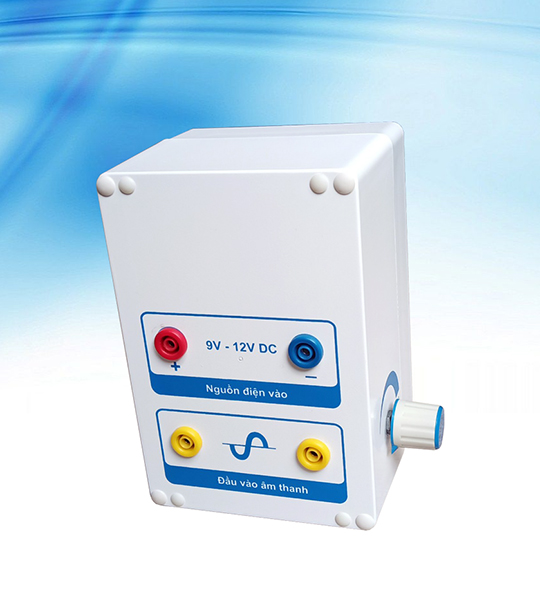 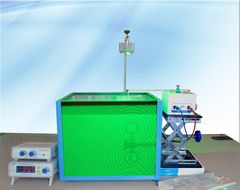 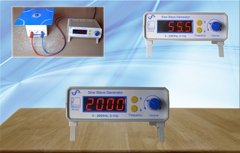